The sailboat “Initiatives-Cœur” is settling on the 1st floor!

From March 22nd through May 10th, 2017, the Tower’s visitors will get to see the single-hulled vessel both in the context of its greatest races, and in its current mission: to collect donations for, and raise public awareness of, the work of Mécénat Chirurgie Cardiaque.

The Eiffel Tower has always been the site of the most incredible challenges. This month, the Tower and its teams will be taking up a new challenge: installing a sailboat, the Initiatives-Cœur, on the monument’s 1st floor!

It is only natural for the Eiffel Tower – a symbol of Paris throughout the world – to associate itself with major sporting events, in order to help transmit the most beautiful and festive image of sport, as well as its values. And hosting a boat like Initiatives-Cœur’s fits right in line with the great tradition of athletic and human challenges that have been undertaken on the monument since its creation.* The tower inspires people to surpass themselves, just as Tanguy de Lamotte, Initiatives-Cœur’s skipper, must surpass himself and continue to push his limits with every race he takes part in. The Eiffel Tower has teamed up with Initiatives-Cœur so it could to put this exceptional boat on display for its visitors, a boat whose mission is just as exceptional and important: to enable children whose hearts are sick to be operated on in France under the best conditions.

A real technical challenge for the Tower’s and the boat’s teams!
With its 18 meter plus long hull, and weighing in at more than 4 tons, lifting the Initiatives-Cœur up to the Tower’s 1st floor was a colossal challenge. The boat, which was a part of the Vendée Globe’s latest village, arrived at the Tower during the night of March 20th by special convoy, and was then hoisted onto the monument thanks to an enormous lifting crane that weighed more than 300 tons!

What will visitors be able to see?
It is the boat’s hull that will be shown to the public, minus the mast, which is far too tall to for the installation space. It will be shown at an angle, so that visitors can see how a ship of this kind is made, the way it is laid out... Information panels will allow people to learn more about the boat, its characteristics, its skipper, and also about life on board during races. A film will allow visitors to witness the sailboat at sea – these images are spectacular – and to learn more about the boat’s mission with regard to Mécénat Chirurgie Cardiaque.

The sailboat “Initiatives-Cœur” is moving onto the 1st floor! From March 22nd through May 10th, 2017.

Don’t miss out on the various animations & activities, follow the Eiffel Tower on the social networks!

About Initiatives-Coeur
The sailboat Initiatives-Cœur, skippered by Tanguy de Lamotte, embarks on great offshore races with the aim of saving children. Each race provides the occasion for a major awareness campaign, over the course of which the boat’s 2 primary sponsors, K.LINE and INITIATIVES, provide funding for operations for children suffering from serious heart defects through their donations. How? The more numerous and active Initiatives-Cœur’s Facebook supporters are (“I like it, I share it”), the more its philanthropic sponsors support Mécénat Chirurgie Cardiaque. More than 120 children have been able to receive care and been saved since 2012. www.initiatives-coeur.fr www.initiatives-coeur.fr

About Mécénat Chirurgie Cardiaque
The association makes it possible for children from underprivileged countries who suffer from heart defects to be operated on in France when doing so at home would be impossible for technical or financial reasons. They are hosted by volunteer host-families and operated on in one of twelve hospitals in France (located in Angers, Bordeaux, Lyon, Marseille, Nantes, Paris, Strasbourg, Toulouse, and Tours). More than 2,800 children have been taken into care since the association was started in 1996 by Professor Francine Leca and Patrice Roynette. www.mecenat-cardiaque.org 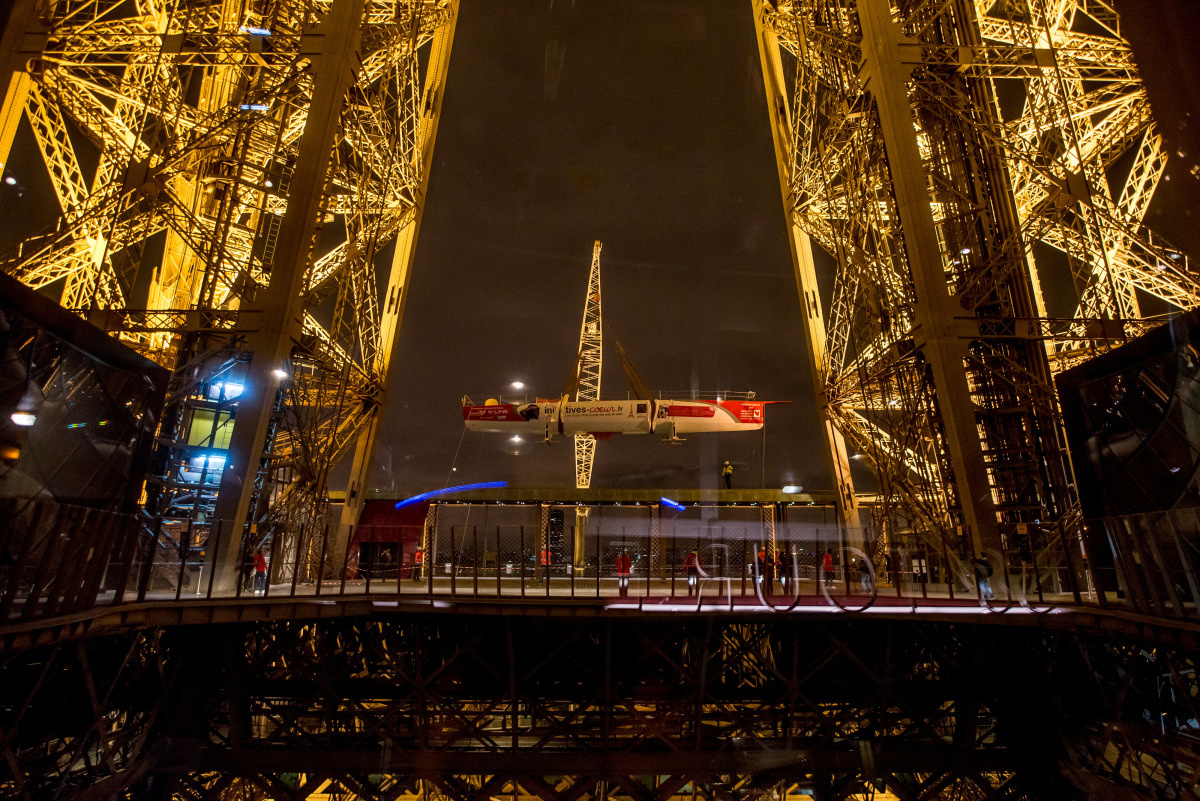 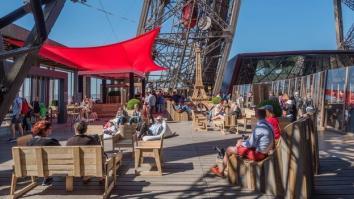 A new summer terrace on the 1st floor of the Eiffel

From this weekend up to 30 August, visitors to the Eiffel Tower can enjoy the newly renovated first floor summer terrace which is part of the commitment to sustainable development.
Events 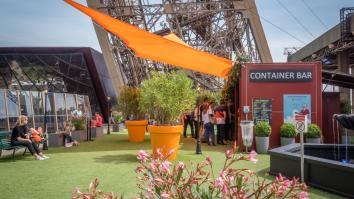 Are you looking for a peaceful? Try the new completely green terrace on the first floor of the Eiffel Tower where you have a stunning view of the Champ-de-Mars. Open until the end of September.
Events 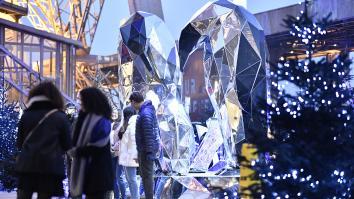 This year, the 1st floor of the Eiffel Tower will feature a designer take on the fairy tale feel, with a special interior decor from 16 December 2017 to 18 February 2018. The enchanted terrace will evoke a sense of wonder, playing with the reflections from the mirrors that make u...
Events
Tickets for individuals
Tickets for professionals*