The most original and unusual stair race is back for a 4th edition that promises to be exciting! Which of the 129 runners will climb the 1,665 steps and 324 metres of the Eiffel Tower the fastest?

The Eiffel Tower Vertical is an event organised by EcoTrail® of Paris and SETE (the Eiffel Tower Operating Company). This full race climb of the Eiffel Tower returns on 15 March for a 4th edition. This timed race, in time trial format, is a real sporting challenge. 129 runners, both French and international, with 21 nationalities represented, will take part to try to climb the monument’s 1,665 steps as fast as possible. 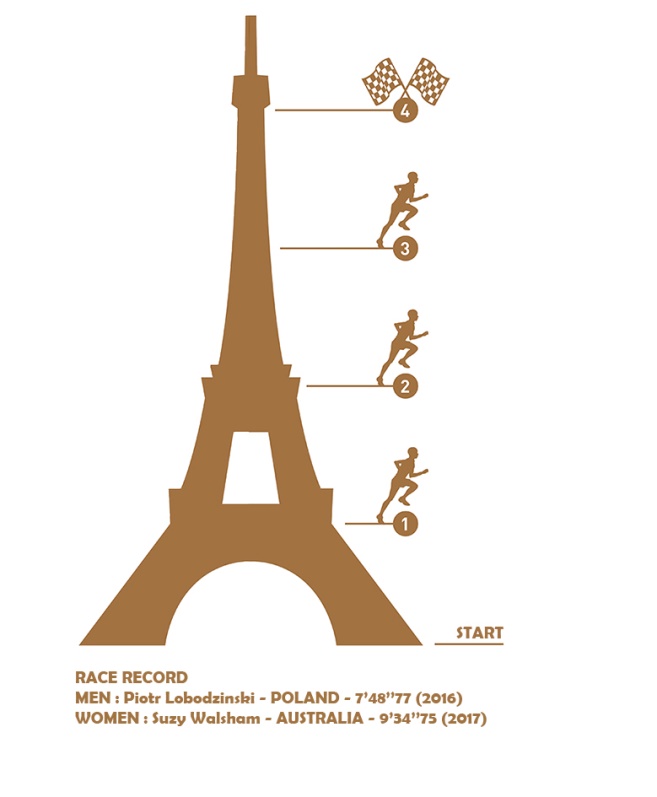 Among them will be 40 elite runners from the world of running, 79 runners drawn at random and 10 wildcards selected by the organisation who will try to beat the records set by the Polish Piotr Lobodzinski (men) and the Australian Suzy Walsham (women)

The Eiffel Tower, a scene of sporting challenges

1905: The “Le Sport” newspaper organised the 1st floor stair championship, which Forestier won in 3min 12s.
1923: Journalist Pierre Labric, the future mayor of Montmartre, went down from the first floor to the ground by bike without permission.
1964: Mountaineers Guido Magnone and René Desmaison climbed up the Tower to mark its 75th anniversary.
1983: Ascent and descent by Charles Coutard and Joël Descuns on trial bikes.
1989: To mark the centenary of the monument, the tightrope walker Philippe Petit crossed the 700 m separating the Palais de Chaillot and the Eiffel Tower on a wire.
1998: Hugues Richard broke the record for climbing the stairs of the Tower by mountain bike, from the ground floor to the 2nd floor.
2001: The Spaniard Aitor Sarasua Zumeta smashed the mountain bike ascent record set by Hugues Richard.
2004: The Andorran mountain bike champion Xavier Casas broke his own mountain bike climb record: 1,300 stairs! A feat that earned him a place in the Guinness Book of Records.
2005: The high-level athlete Jérôme Sue made a wheelchair descent of the 345 stairs from the first floor to the ground floor.
2006: A roller skating rink was installed on the 1st floor from 18 to 20 November. Taïg Khris, the double world champion in the discipline, dazzled fans with his demonstrations. And Yoggi, a young French unicycle champion, climbed the stairs to the 2nd floor in 22 minutes, without even putting a foot on the ground!
2007: The Tower dipped its toes on the water from 1 to 10 June: a diving pool of 240 m², installed on the monument’s forecourt, gave more than 3,000 visitors the chance to learn about scuba diving
2010: On 29 May, the roller skating champion Taïg Khris broke the world jump record with free fall of 12.5 m from a platform located on the 1st floor.
2015: The Eiffel Tower (with Lole and My Little Paris) offered yoga sessions for visitors on the 1st floor for 1 week and this original initiative concluded with a giant yoga session with 1,500 participants on the forecourt on 21 June!
2017: From 5 to 11 June, the marketing operation entitled “Smash Perrier, dans la peau d’une balle de tennis” (Smash Perrier, in the skin of a tennis ball) was a nod to the French Open tennis tournament. Starting at 115 m, from the south corner of the second lower floor. Finishing at 17 m, on the Joffre plateau (in front of the Military School). The zip line was 800 metres long with speeds of 90 km/h for a flight time of one minute. Amazing stuff!

For more information on this unique race: www.verticaletoureiffel.fr

Back in images on the 2017 edition 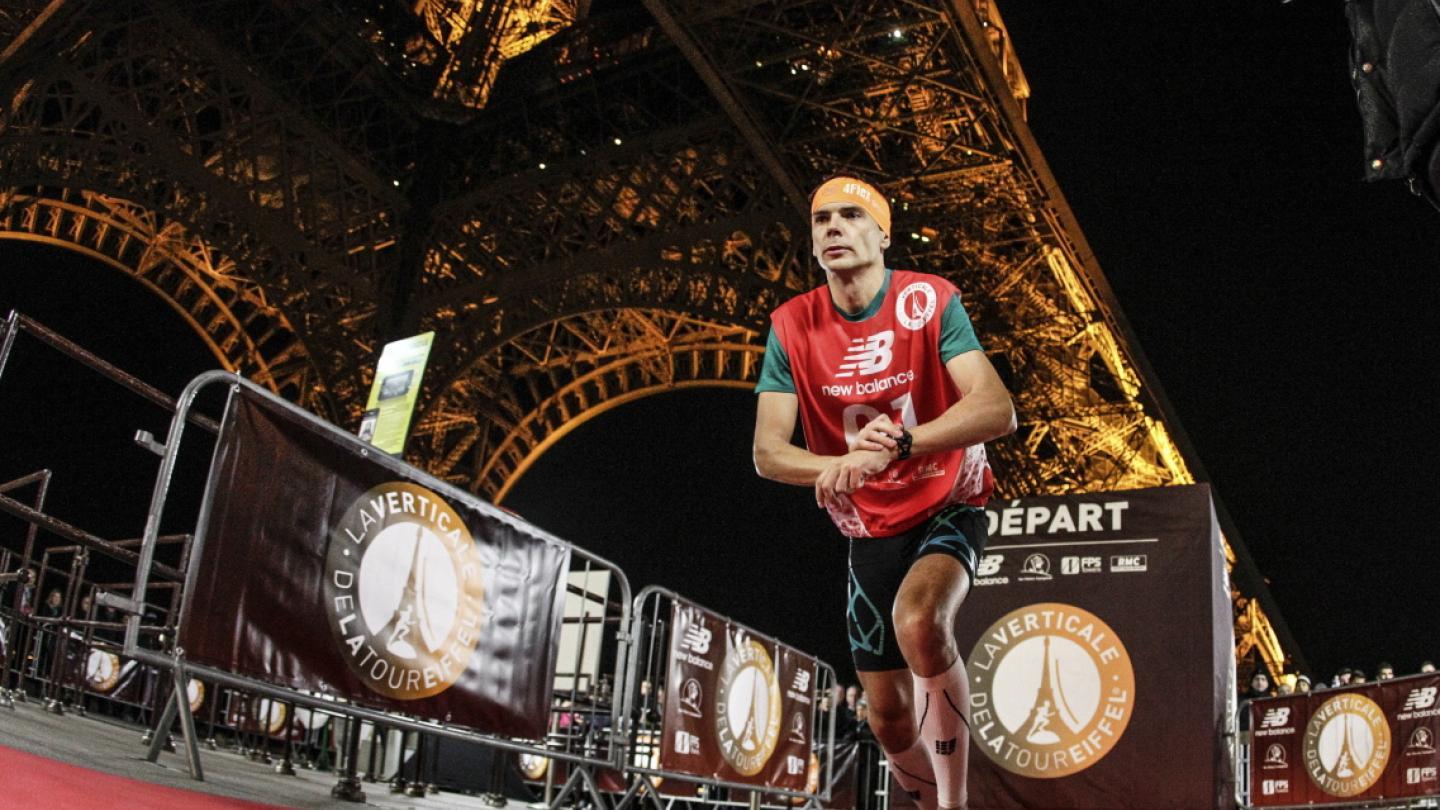 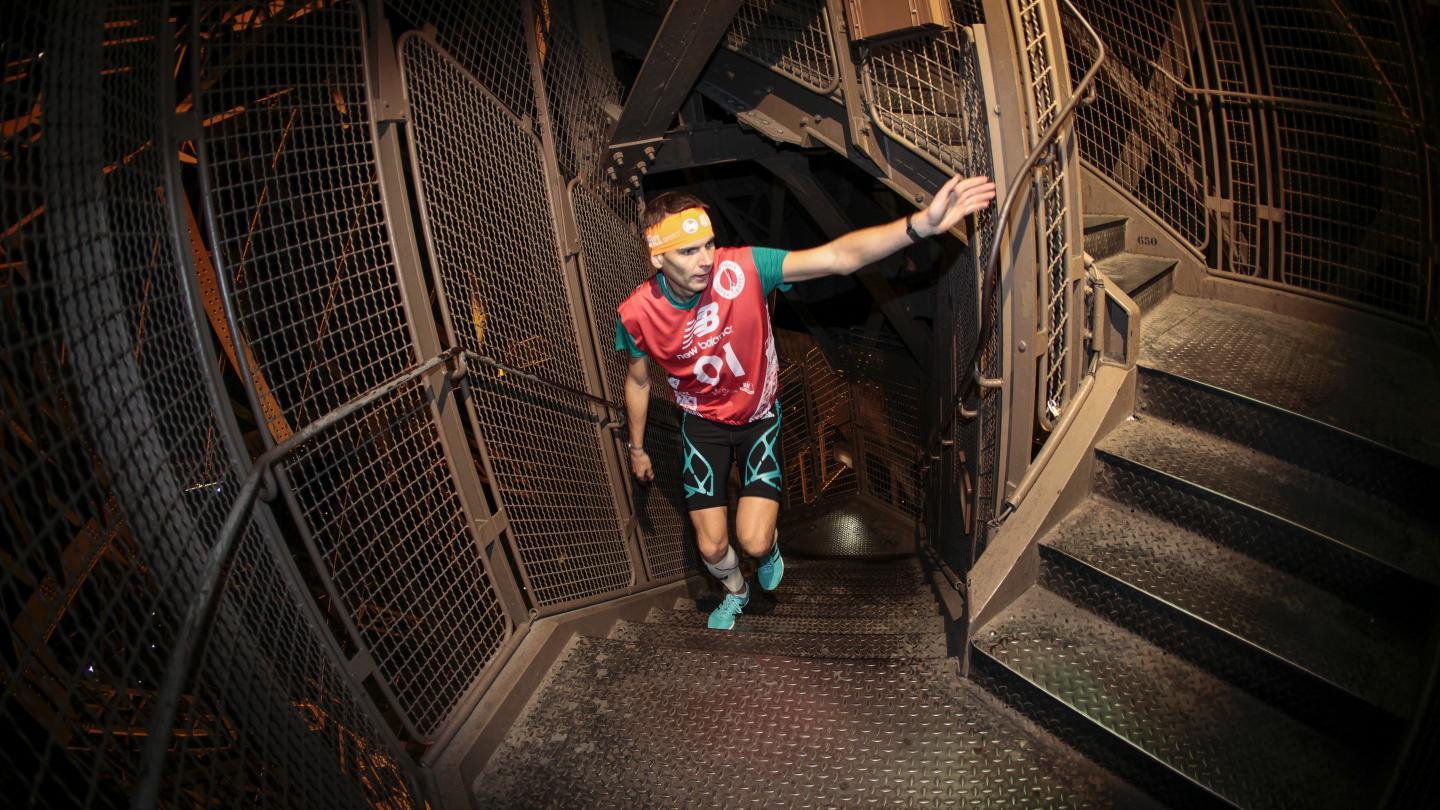 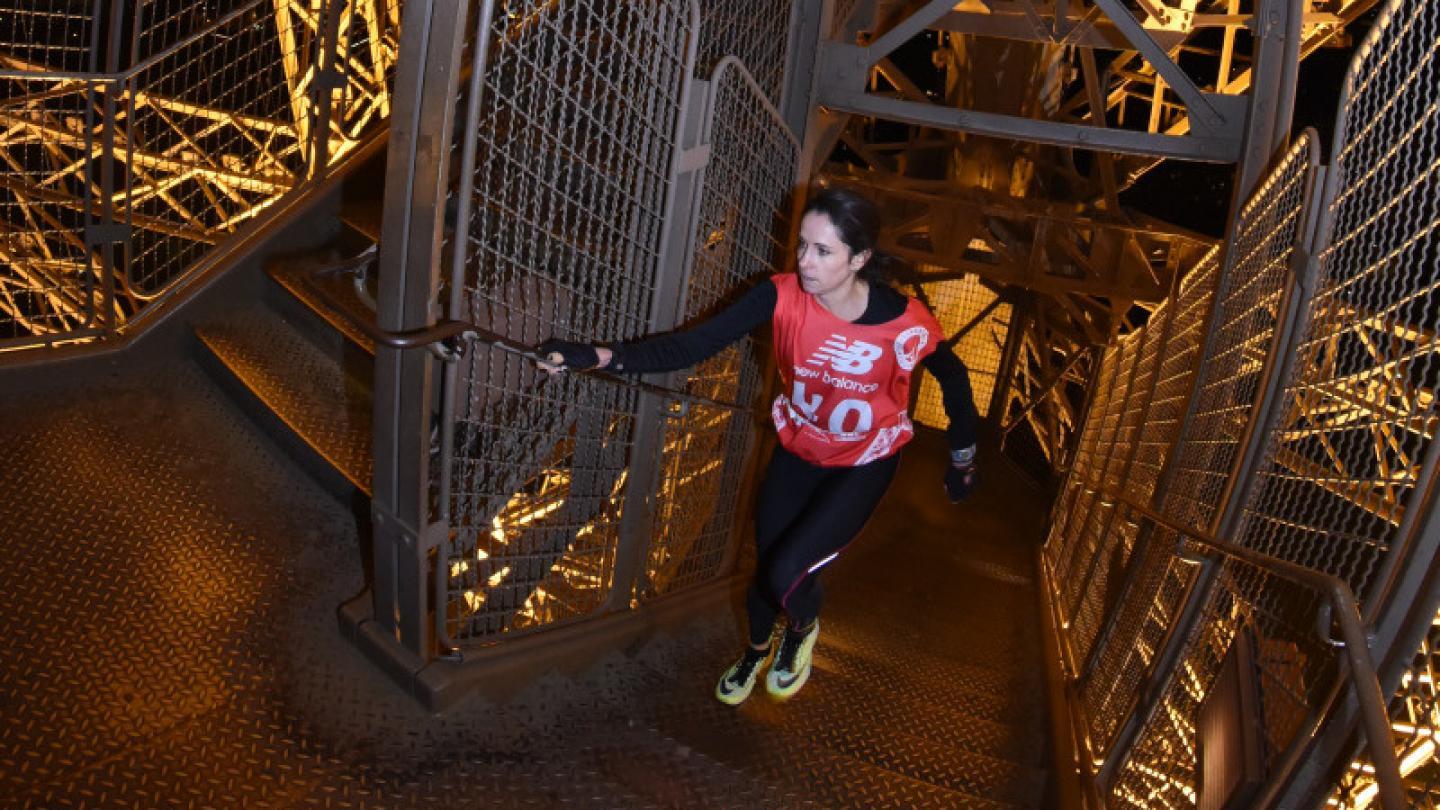 The Eiffel tower is proud to welcome a big-name guest that’s truly one of a kind. The imposing skeleton of a newly discovered species of carnivorous dinosaur will be on show in the Gustave Eiffel lounge from 2 to 4 June 2018 before it is sold at auction. Visitors of the Eiffel To...
Events