Landscaping work* began in March 2018, as the Eiffel Tower’s new boundaries were being installed. The gardens run alongside the Eiffel Tower, along its west and south legs, and again along its north and west legs. March was also when visitors began using the entrances to the monument on the Allées Refuznik and Paulhan, where the security checks are located, and from where they would then cross the gardens to reach the esplanade.

Of course, access to the Eiffel Tower’s gardens and esplanade remains free for those simply out for a stroll, whether Parisian locals or tourists.

As a Listed Wooded Area, the gardens boast a history longer than the Eiffel Tower itself: they were here before the Tower was even built! As far back as 1889, it was already possible to stroll through green spaces and along the two water features, built by the Ville de Paris for earlier World’s Fairs.

Whether visitors to the Tower arrive from the south or east entrance, they will now be able to wander along the new footpaths installed to help them explore the gardens, which have been reimagined according to their historical lines. As they stroll along or settle down on a bench, visitors will be amazed when they look up and see the Tower as it hasn’t been seen since the early 20th century. Known as “viewpoints”, they were for a long time obstructed by the excessive vegetation.

We are helping our visitors to rediscover the full artistic expression of a period spanning the turn of the 20th century and into the 1930s, as they explore our 2000 hectares of green space. Some 2000 shrubs and 20,000 perennial plants (ferns, lily of the valley, hydrangea, etc.) have been replanted, the belvederes typical of Parisian gardens during the Belle Epoque have been renovated, and expansive, level lawns are the perfect accent to the adjoining renovated ponds! Much to the delight of our ducks!

On the historic mound by the west exit, home to a grotto and a little rocky waterfall, visitors can discover a remnant of the Eiffel Tower’s construction: the chimneystack. The chimney once provided a release for smoke produced by the machinery that operated the lifts when the Tower first opened. And close by, a remarkable tree**, a 200 year-old plane tree (planted in 1814) stands 20m tall, and offers a majestic salute to visitors just before they leave via the west exit.

You can get the most from this free visitor experience and brand new views of the Tower from the ground... but also from a higher vantage point! The gardens are also magnificent seen from above, through the 1st floor’s glass floor or from the stairs on the way back down the Tower!

** The “Arbre remarquable de France (Remarkable French Tree)” certification is a national award from ARBRES association. Arboreal heritage is managed by the Ville de Paris, including on the Eiffel Tower’s grounds. 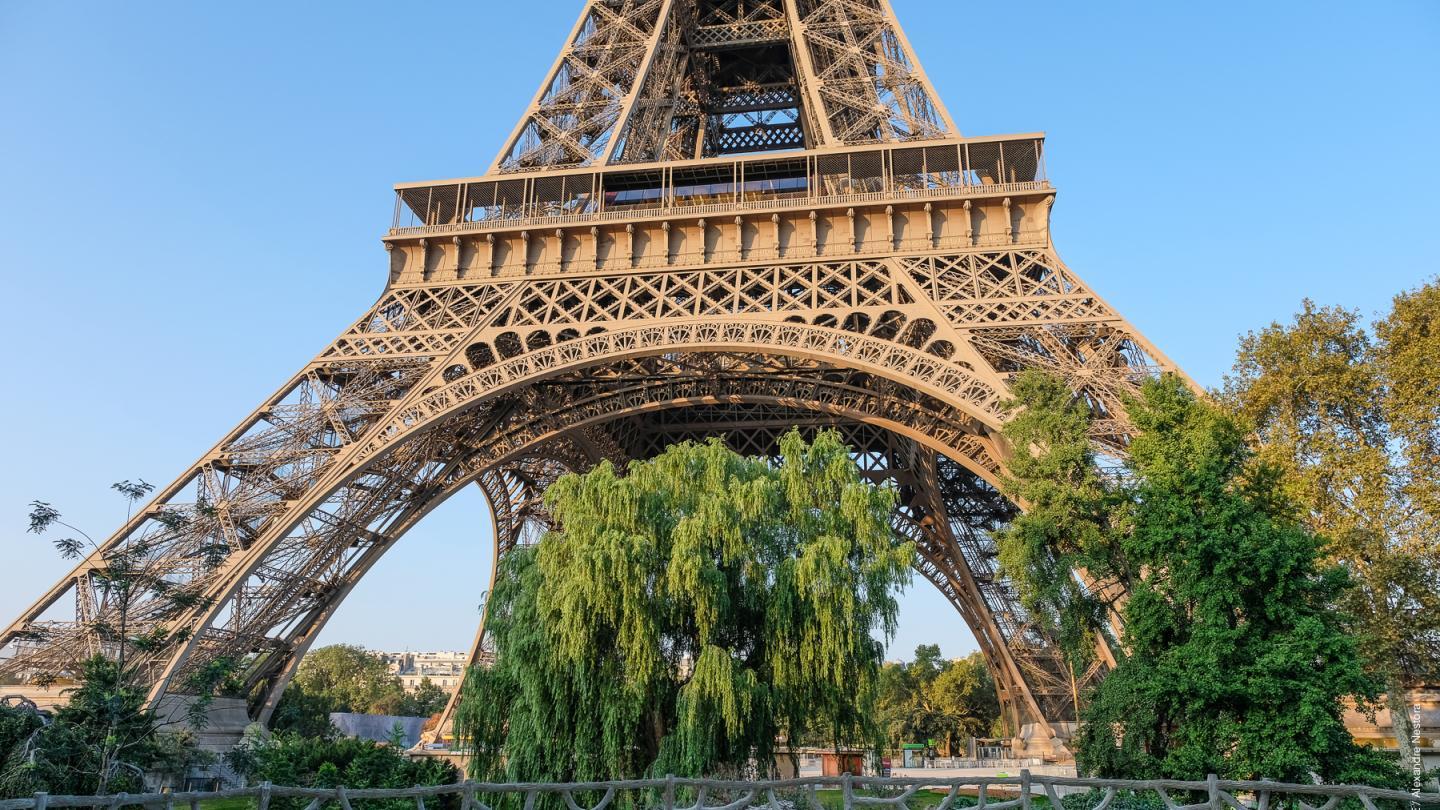 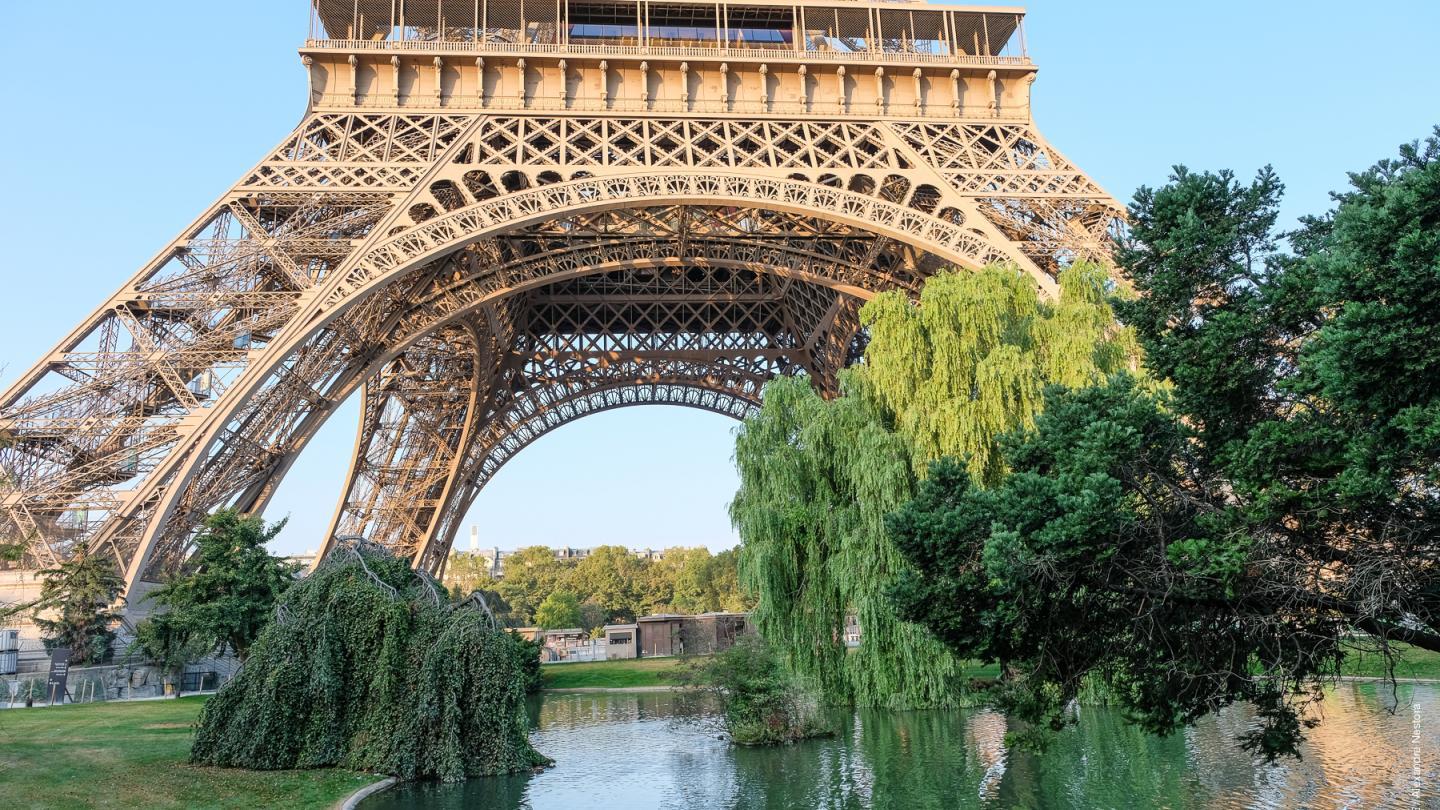 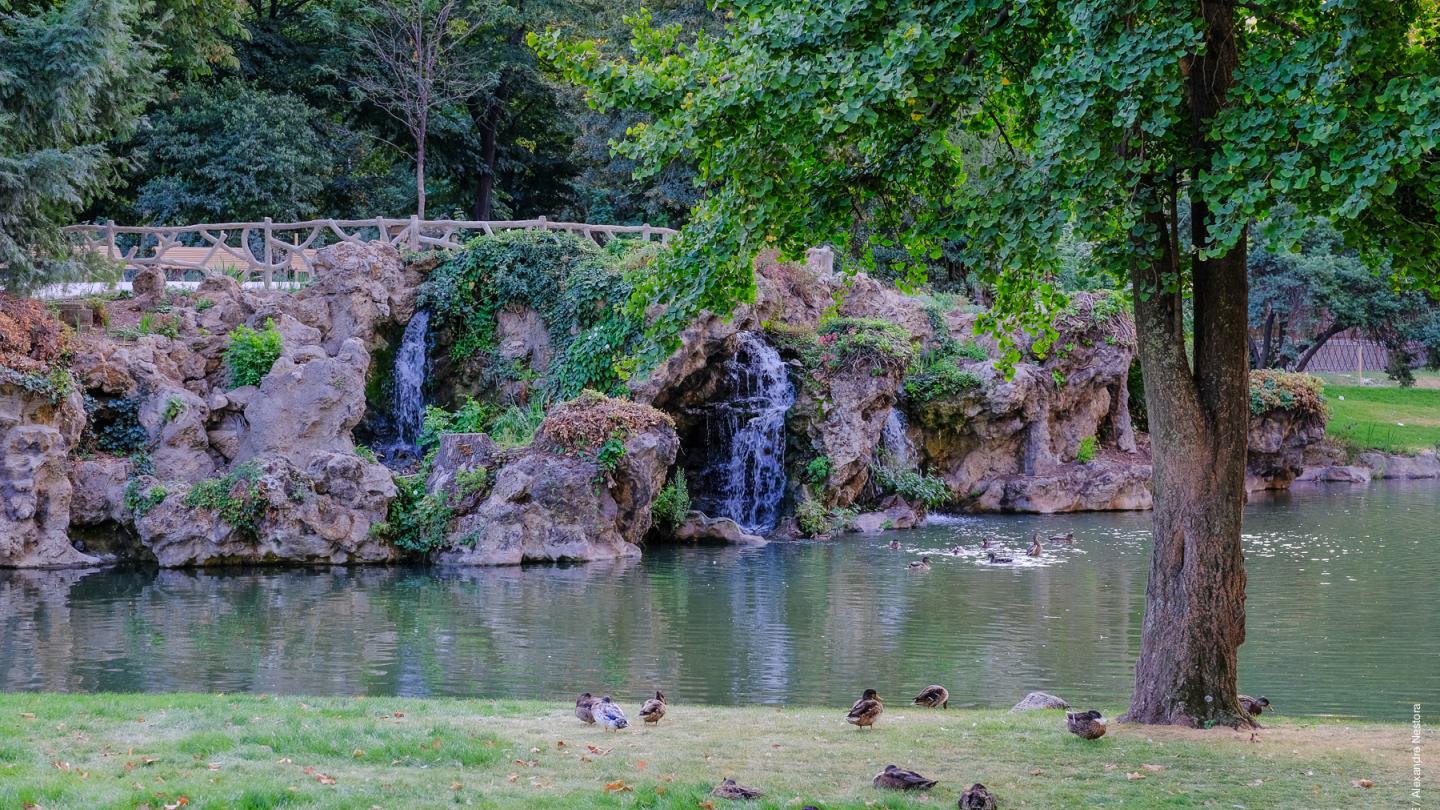 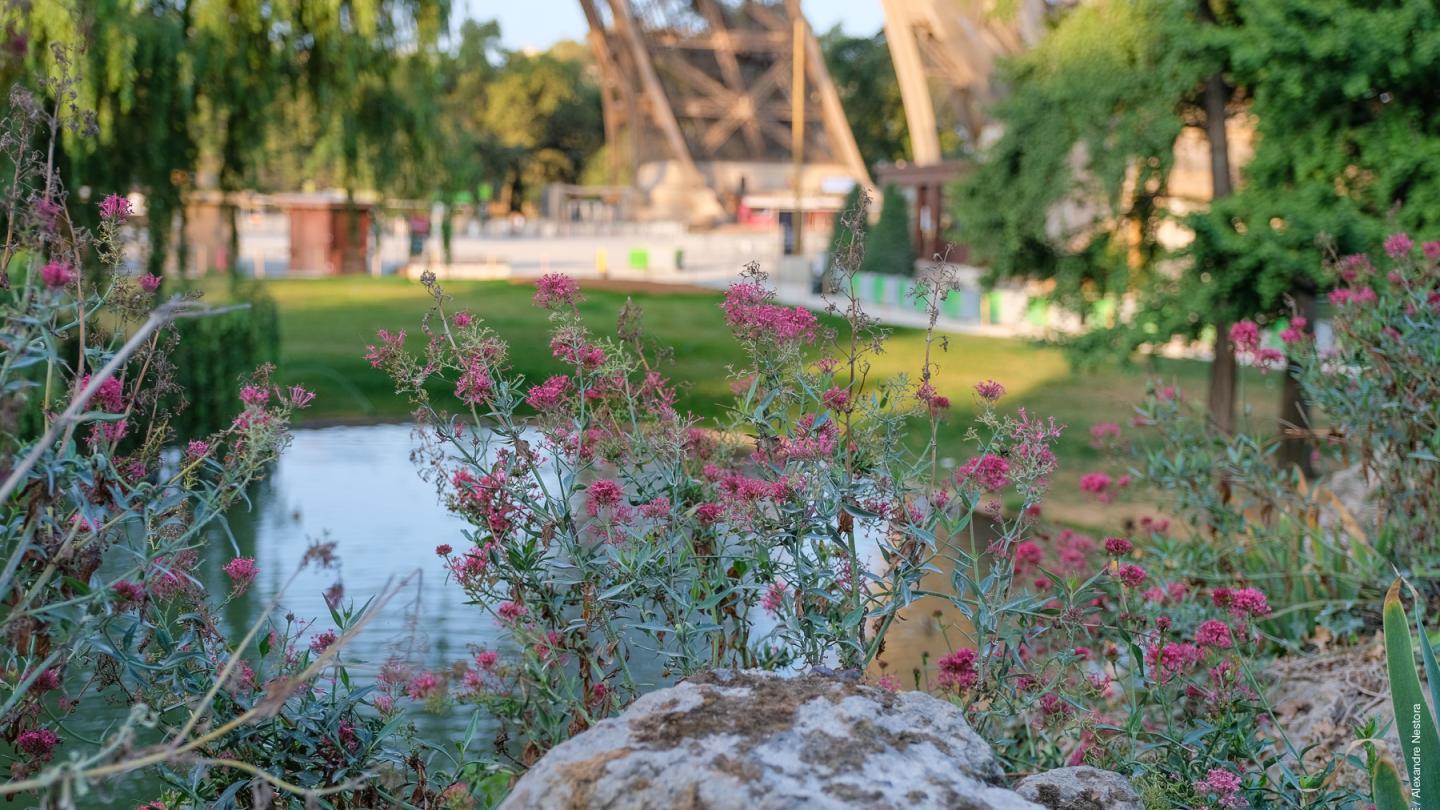 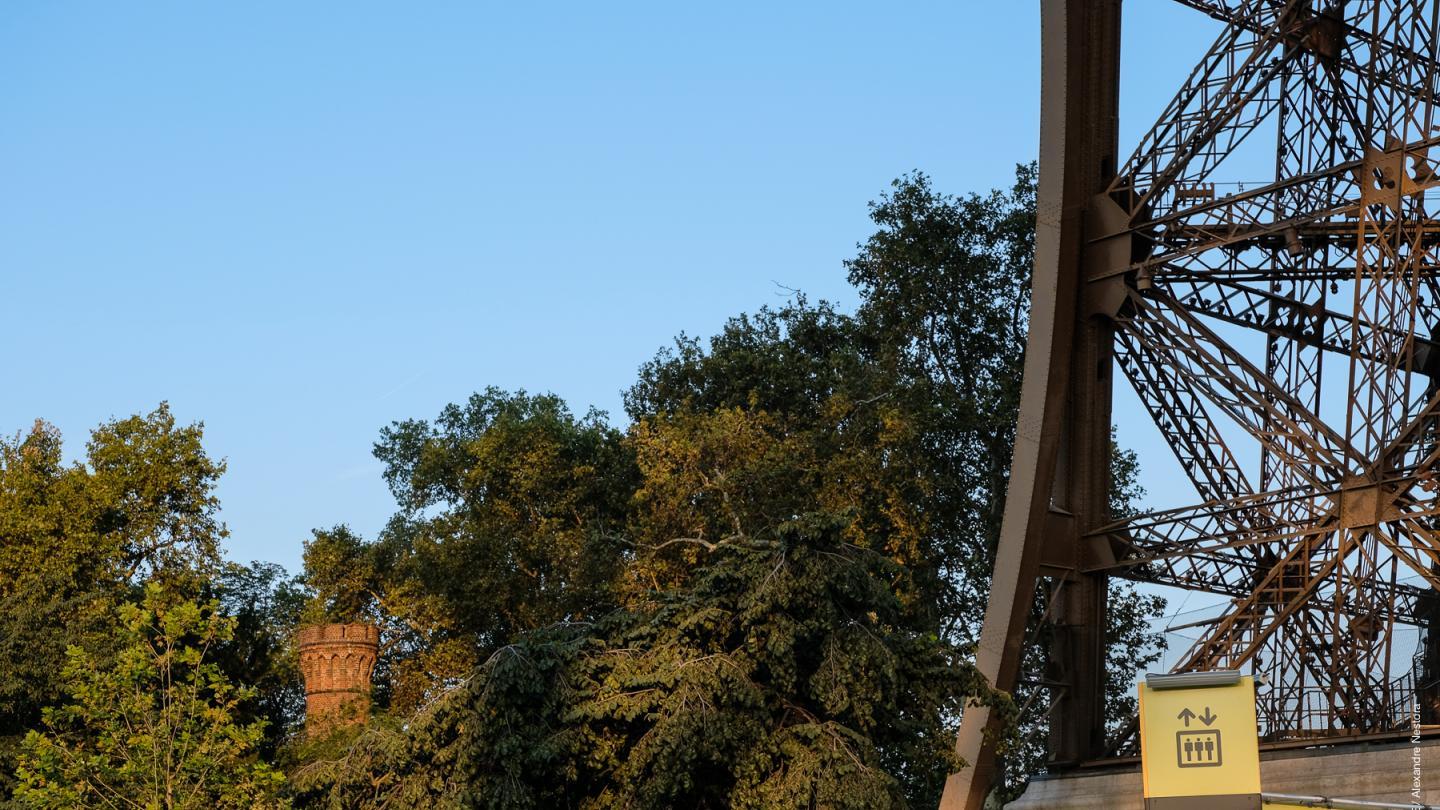 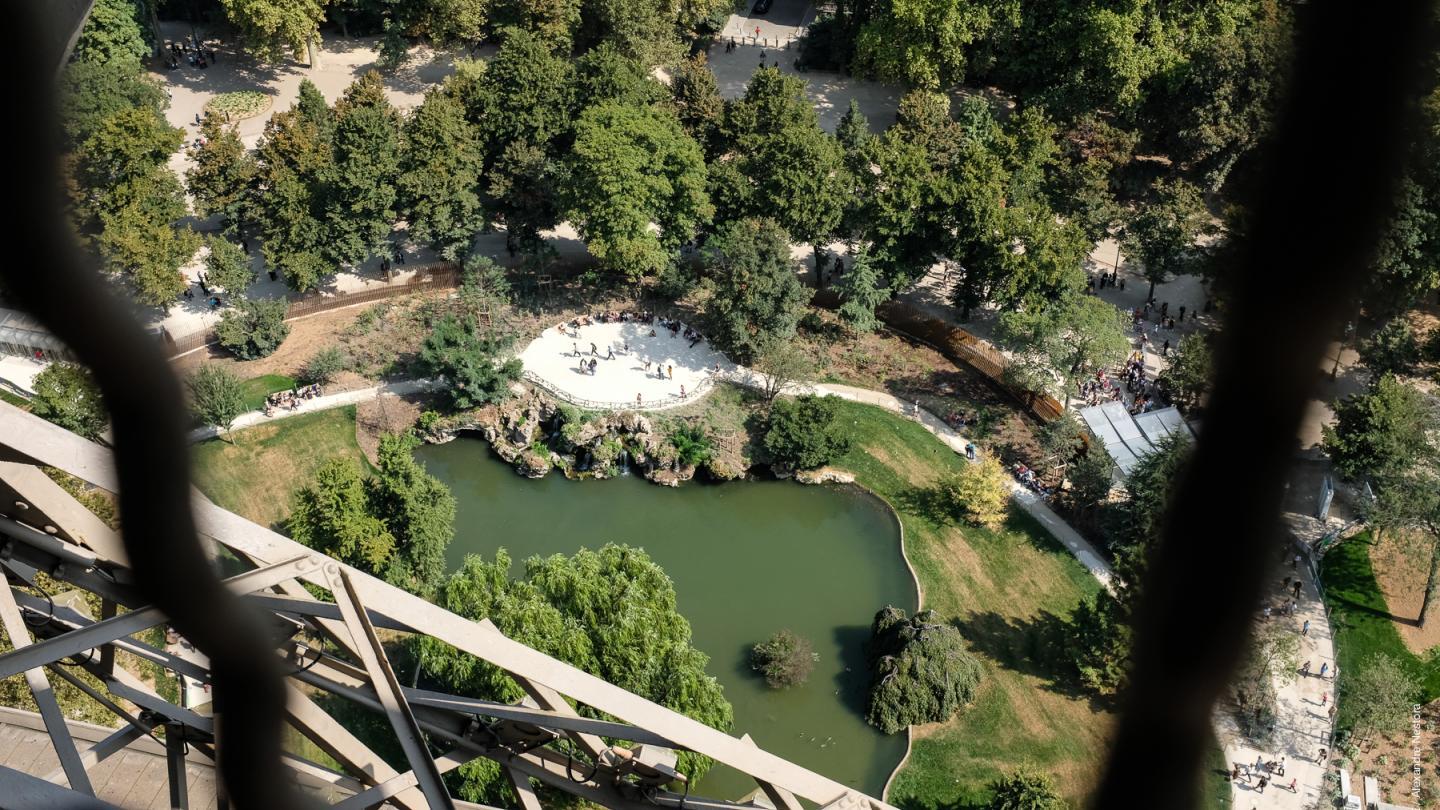 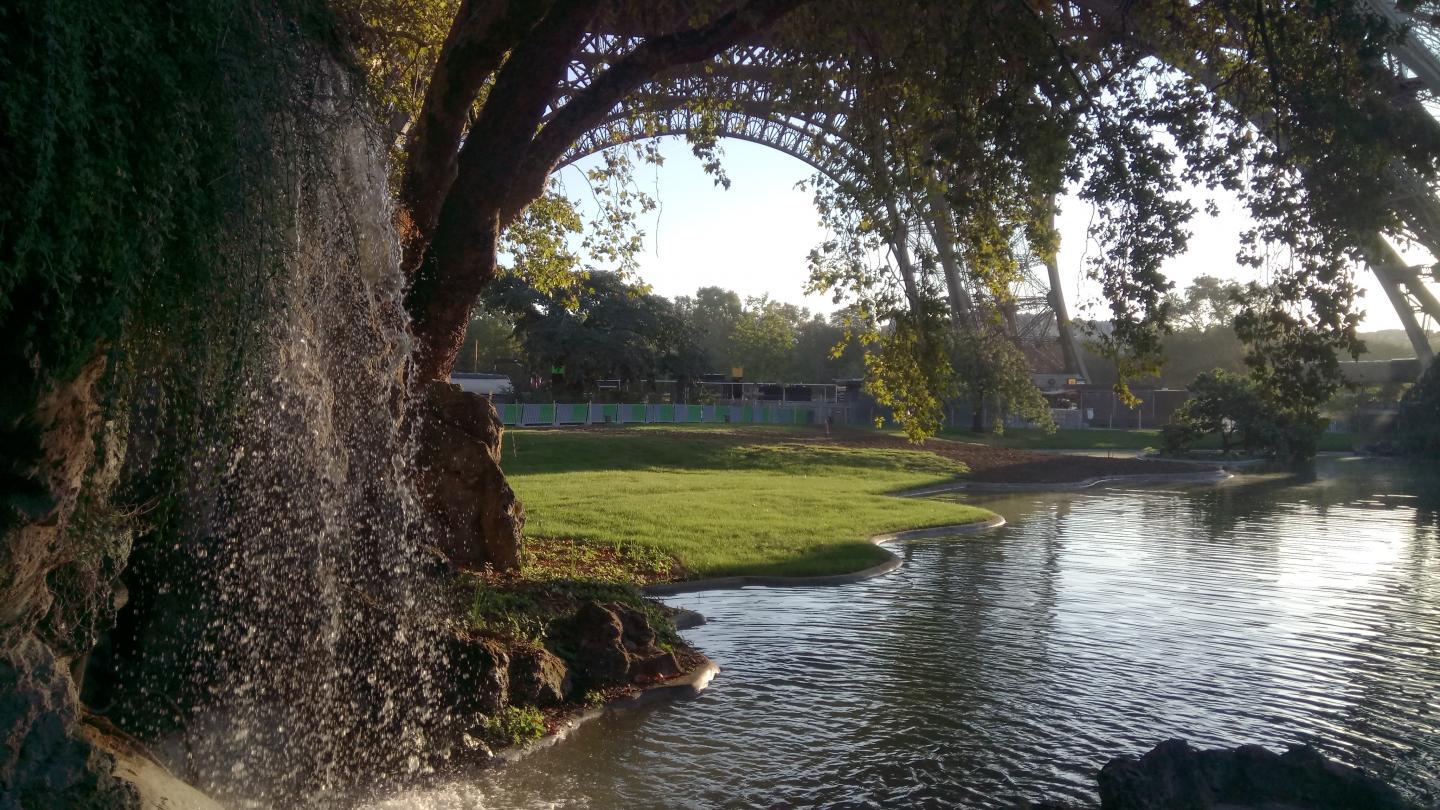 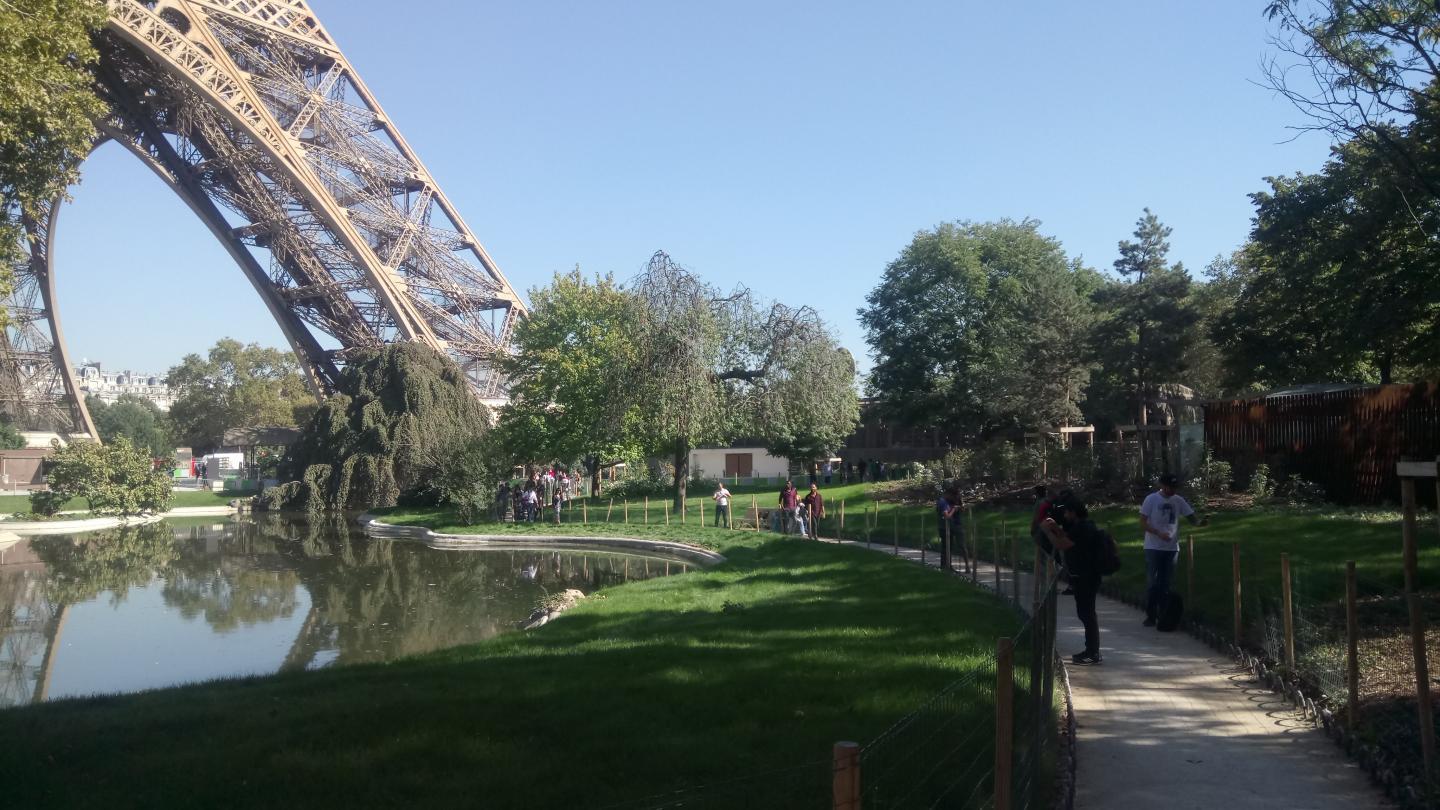 The renovated gardens of the Eiffel Tower 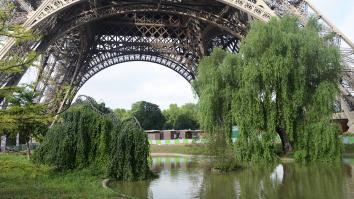 Gardens and glass wall: the new perimeter is unveiled

The Eiffel Tower is transforming! The Eiffel Tower is now ready to unveil its new perimeter, including the gardens on either side of the esplanade and the glass wall that is currently being installed. It will offer visitors a new way to experience the Eiffel Tower, all within a s...
Works

The Eiffel tower is proud to welcome a big-name guest that’s truly one of a kind. The imposing skeleton of a newly discovered species of carnivorous dinosaur will be on show in the Gustave Eiffel lounge from 2 to 4 June 2018 before it is sold at auction. Visitors of the Eiffel To...
Events