Did you know? The Eiffel Tower was supposed to be dismantled after 20 years. Fortunately, things didn’t happen that way, and we have radio to thank for it! By Bertrand Lemoine.

In 1910, the Eiffel Tower could have been demolished! After being built and inaugurated for the 1889 Paris Exposition Universelle, the Tower had to be returned to the City of Paris, as Gustave Eiffel had only been given a 20-year permit to use the land. But its use as a giant radio antenna saved it from destruction!

The Tower’s continuity wasn’t a sure thing when it was built. A major attraction at the 1889 Universal Exhibition, it would revert to full ownership by the City of Paris on 1st January 1910. But following its heyday in 1889, the Tower’s lagging popularity at the 1900 World’s Fair and a certain weariness at seeing it constantly lord over the skies of Paris didn’t guarantee that it would be preserved beyond that date. After all, in 1906 the City decided to destroy the Gallery of Machines from 1889, the largest building in the world, because it hadn’t found a use for it.

From very early on, Gustave Eiffel knew he needed to find a use for his Tower beyond its function as a symbol of progress and a fair-time spectacle. He immediately started looking for a scientific justification for its existence. A new technique in signal transmission called wireless telegraphy (TSF) was emerging in the 1890s thanks to the combined efforts of various thinkers (Hertz, Marconi, Tesla, Branly, Popov, Tissot, etc.). Following the first Hertzian transmissions in 1895, things accelerated quickly.

On 5 November 1898, Eugène Ducretet established the very first radio contact in Morse code between the Eiffel Tower and the Pantheon, four kilometers away. A transmitting station was then installed permanently on the Tower. In 1899, it enabled radio transmissions with London. At this point, military authorities became interested in this nascent radio technology. They tasked Engineering Corps Captain Gustave Ferrié, a 31-year-old graduate from the Polytechnic, to conduct experiments. Since 1897, he had been in charge of the newly founded Military Telegraphy School. In 1900, he published a reference tome on the technology and in 1903, he perfected receiving devices.

Gustave Eiffel then put the Tower at his disposition and offered to finance the installation of an antenna stand at the Tower’s summit from which a cable could be run to the center of the Champ de Mars. Ferrié set up shop in a shack at the foot of the south pillar to pursue his experiments with a small team of specialists. The following year, he established communication with eastern forts 400 kilometers away, then with the naval base at Bizerte in Tunisia, and finally, reached out to a distance of 6,000 kilometers in 1908. In 1909, a permanent station was built underneath the Champ de Mars. The Tower’s strategic interest was confirmed and Gustave Eiffel was granted an extension to his concession for another 70 years, starting on 1st January 1910.

Since then, the Tower has continued to serve as a transmitter and receiver for radio broadcasts. It’s from the Tower’s summit that many German messages were intercepted during the First World War. In March 1918, a coded radiogram was intercepted and then deciphered over three days of hard work by Polytechnic graduate Georges Painvin. Its contents allowed the French to thwart the German attack and henceforth turn the tide of the war and push through to final victory. The Tower’s strategic importance was thus amply demonstrated. Later, Radio Eiffel Tower would begin broadcasting regularly in December 1921. 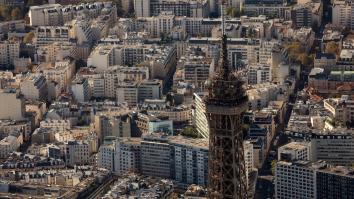 Discover how the Eiffel Tower’s immense height was used to make it a powerful television emitter. By Bertrand Lemoine.
130 years

From its inauguration, the Tower has played host to a variety of scientific experiments that made it a real laboratory. But why? By Bertrand Lemoine.
130 years
Tickets for individuals
Tickets for professionals*