Discover how the 984-ft (300m) tall Tower project was really born and who, behind Gustave Eiffel, were the inventors of the Tower. By Bertrand Lemoine.

One would think that the tower named after its famous builder was naturally invented by him. But Gustave Eiffel, an engineer with a degree from the École Centrale de Paris and a daring steel construction contractor, was not the one who had the idea of building a 984-ft (300m) tall tower. In May 1884, the Eiffel company had just completed the large iron arch of the Garabit viaduct in the Massif Central, a magnificent achievement that highlighted the excellence of its expertise. The Statue of Liberty, whose central pylon Eiffel built, was nearly completed in Paris, ready to be transported to the other side of the Atlantic. And yet another deadline was already fast approaching: the next World Fair (Exposition Universelle), which was due to take place in 1889 to celebrate the centenary of the French Revolution and France's industrial power. They had to do something monumental. One idea had been in the air for some time now among Anglo-Saxon engineers: would it be possible to build a thousand-foot (304.80-meter) tower? American engineers Clark and Reeves planned – unsuccessfully – to erect an iron cylinder-shaped tower held by shrouds for the Philadelphia World’s Fair in 1876.

In May 1884, therefore, the two main engineers of the Eiffel company met to look for an idea that would make the upcoming Exhibition “more attractive.” Émile Nouguier had been in charge of the company's construction sites for ten years. He was a veteran of the steel construction sector. Maurice Koechlin was younger. In 1879, Eiffel hired this brilliant fresh engineer from Zurich's Polytechnicum to do Garabit's calculations and manage the company's engineering department. Koechlin returned home, did a rough calculation and drew up a sketch dated June 6, 1884 showing a gigantic metal pylon of 984 feet (300 meters), directly inspired by bridge piers, albeit on a much larger scale. Four legs, each made up of four sturdy beams connected to each other by latticework girders, rise obliquely to meet at the top. Five regularly spaced horizontal beams provide the connection. The curved shape of the metal supports was designed to allow this tower to better withstand the wind. The main beam of the Tardes viaduct, another of the company's projects, had been blown away by a gust of wind one night in January of the same year. 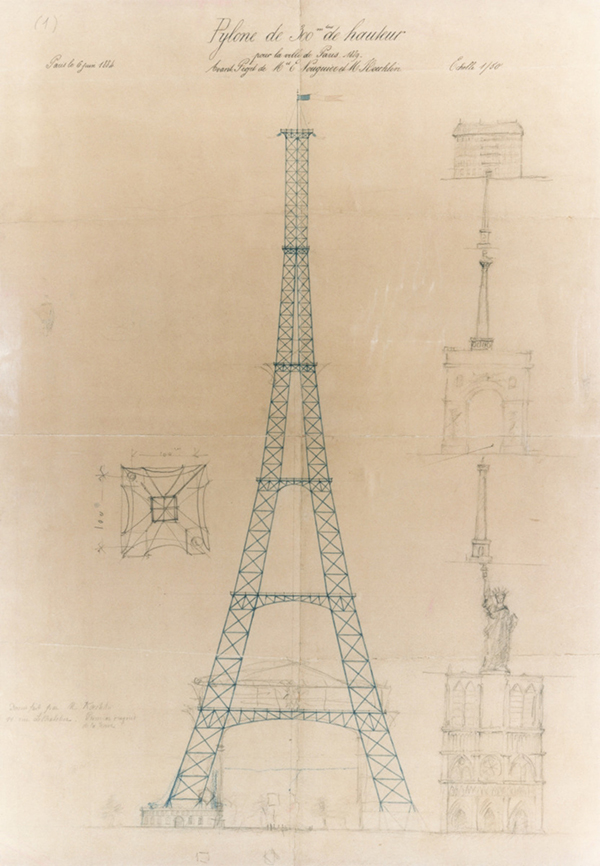 Transformation thanks to Stephen Sauvestre

The sketch was shown to Eiffel who then declared that he was not interested in it while giving his engineers permission to continue the study. They then called on Stephen Sauvestre, the company's official architect, to completely redesign the project. The engineers' technical sketch was transformed. Sauvestre defined three floors, the first two of which had glass rooms to receive the public, installed large decorative arches between the feet of the tower, and decorated the base with stonework pedestals and the top with a bell tower.

At the sight of the project thus redefined, Eiffel changed his mind and immediately filed a patent on September 18, 1884 for a “ new configuration allowing the construction of metal supports and pylons capable of exceeding a height of 984 feet [300 m]". The tower is invented. It still had to be constructed and it would require Eiffel's genius to carry out this incredible undertaking. 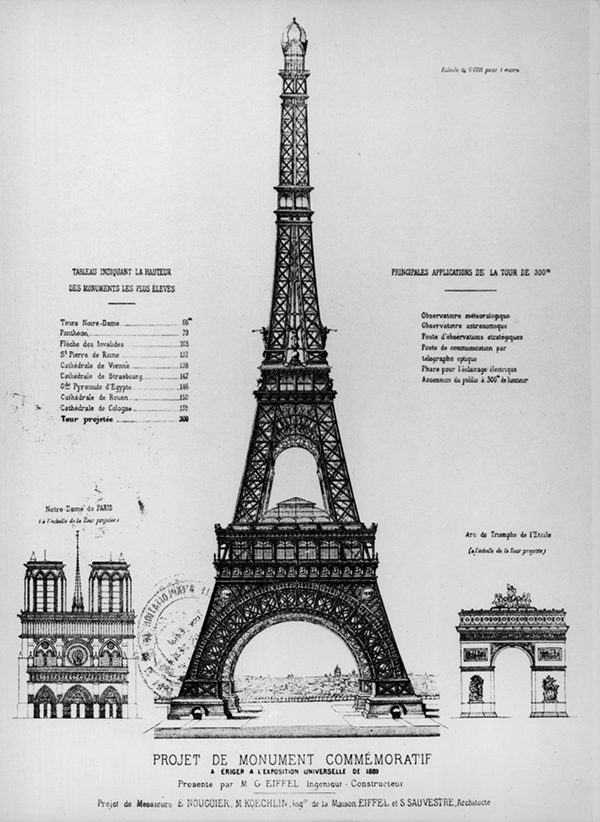 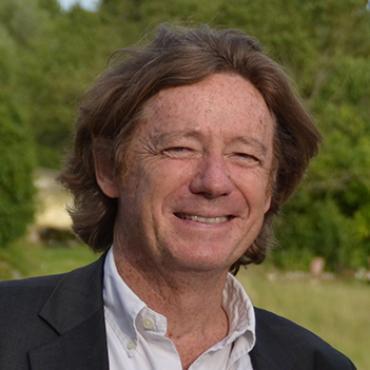 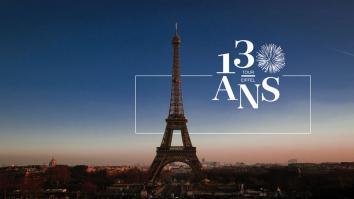 For the Eiffel Tower’s 130th birthday there will be an adventure game and music. The birthday weekend of March 30 and 31, 2019 will be festive!
130 years