The Tower is not Gustave Eiffel’s only creation. This enthusiast and true genius was able to go beyond his own limits to bequeath to us monuments such as the dome on the Nice Observatory, the metallic structure of the Statue of Liberty, not to mention the Bordeaux railway bridge.

An engineer by training, Eiffel founded and developed a company specializing in metal structural work, whose crowning achievement was the Eiffel Tower. He devoted the last thirty years of his life to his experimental research.

Born in Dijon in 1832, he graduated from the Ecole Centrale des Arts et Manufactures in 1855, the same year that Paris hosted the first World's Fair.

He spent several years in the South West of France, where he supervised work on the great railway bridge in Bordeaux, and afterwards he set up in his own right in 1864 as a "constructor", that is, as a business specializing in metal structural work.

His outstanding career as a constructor was marked by work on the Porto viaduct over the river Douro in 1876, the Garabit viaduct in 1884, Pest railway station in Hungary, the dome of the Nice observatory, and the ingenious structure of the Statue of Liberty. It culminated in 1889 with the Eiffel Tower. This date marks the end of his career as an entrepreneur. 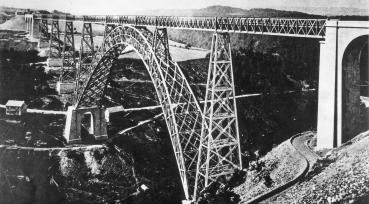 Eiffel built hundreds of metal structures of all kinds all around the world.

Eiffel built hundreds of metal structures of all kinds, all around the world.

Bridges, and in particular railway bridges, were his favourite field of work, but he also won renown for his metal structural work and industrial installations. His career was marked by a large number of fine buildings, among which two of the most outstanding are the twin edifices of the Porto viaduct and the Garabit viaduct in the Cantal region of France. Equally outstanding are certain other structures in which the pure inventiveness of Eiffel's company was allowed free rein, such as the "portable" bridges sold around the world in "kits", the ingenious structure of the Statue of Liberty in New York, and of course the Eiffel Tower itself. 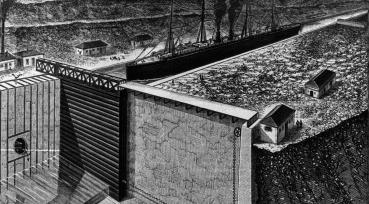 Panama: A colossal... and disastrous project

In 1887 Eiffel agreed to build the locks of the Panama canal, an immense undertaking badly managed by Ferdinand De Lesseps, which ended in the biggest financial scandal of the century.

This was the biggest contract in his entire career in business, and also the one with the greatest risk. Given the risk he faced, he was granted major financial advantages and solid guarantees, which allowed him to collect his profit as soon as the work was begun.

Despite the care which Eiffel took in the project, the liquidation of the canal construction company, Compagnie du Canal, on February 4 1889, led to his own indictment for fraud alongside De Lesseps and his son, and to a sentence of two years in prison and a fine of 2000 francs, even though nothing could really be blamed on him personally.

With his honour and dignity severely compromised, he withdrew from business. The ruling was later to be annulled by the highest appeal court, the Cour de Cassation, liberating him of all obligations concerning the accusations, which put an end to any further court action against him. 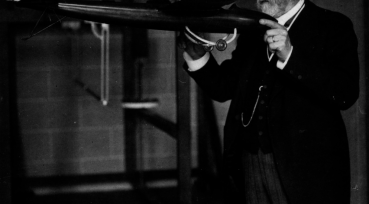 Returning to his roots: scientific research

In retirement following the Panama scandal, Eiffel devoted the final thirty years of his life to a fruitful career as a scientist.

First of all he set himself to finding a practical application for the Tower, which had only been built to stand for twenty years. He employed it in wind resistance experiments, as a meteorological observation post, and above all as a giant aerial mast for the new science of radio broadcasting.

He collected meteorological data at posts installed in his various properties, and at the same time pursued his research into aerodynamics, building a wind tunnel right at the foot of the Tower, and then a second and much larger one on Rue Boileau in Paris, in 1909. This latter wind tunnel is still in service. He died on December 27, 1923 at the age of 91.