Art and the Eiffel Tower

From the beginning the Tower was an attraction, but in the 1920s it became a symbol of modernity and the avant-garde. Little by little, its image was associated with Paris, until it even became its worldwide symbol.

Poets, painters, singers, choreographers, film directors, and photographers have all paid homage to it.

Painting and the Eiffel Tower

Ahead of their time, painters made the Tower into a favourite subject, and contemporary artists continue to use it as a model.

Georges Seurat painted it in 1888, before it was even finished. Later on, le Douanier Rousseau, Signac, Bonnard, Utrillo, Gromaire, Vuillard, Dufy, and Chagall all celebrated the Tower. From 1910 Robert Delaunay gave it cubist aspects in a whole series of canvas paintings. 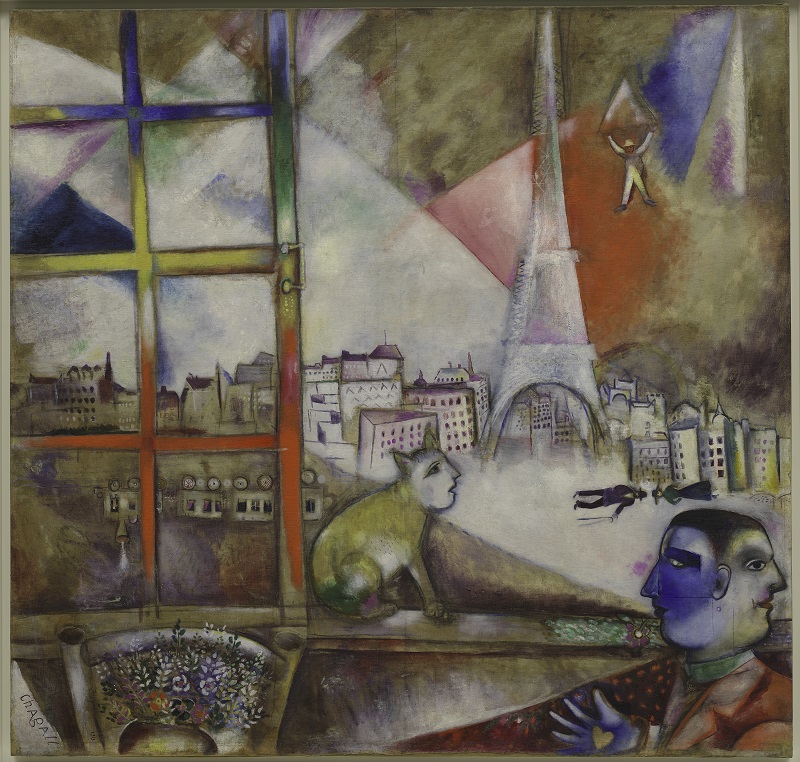 The Eiffel Tower, a muse for the seventh art

Filmed by Louis Lumière from as early as 1897, and present ever since in a considerable number of productions, the Eiffel Tower was all the more tied to the adventure of cinema as Gustave Eiffel contributed as a silent partner to the company created by Léon Gaumont in 1895. During the 20th Century, the Eiffel Tower became the symbol of Paris and of France throughout the world. From the beginnings of cinema to today, its presence has given us somewhere to set the plot, or allowed us to give our works a timeless or romantic edge.

A source of inspiration for songs, another tradition is to put on grandiose events at its feet, like that of the 25th September 1962 when Darryl F. Zanuck organised a mind-blowing event for the launch of the film “Le jour le plus long” (“The Longest Day”). Edith Piaf appeared on the 1st floor and sang in front of 25,000 Parisians. Charles Aznavour and Georges Brassens would follow in 1966 to help the campaign against hunger. Jean-Michel Jarre presented the 50th birthday of UNESCO on the 14th July 1995. The “3 Tenors” concert brought together over 200,000 spectators in July 1998 at the foot of the Tower to listen to José Carreras, Placido Domingo and Luciano Pavarotti. Johnny Hallyday broke all the records in June 2000 by uniting 600,000 spectators for a concert and pyrotechnic event.

The Tower is also a privileged place for private concerts and other showcases in the reception room on the 1st floor, such as those of Alanis Morissette, Robbie Williams, Texas, Raphaël, Marc Lavoine, Christophe Maé, Justin Bieber, and VV Brown, as well as Véronique Sanson.

The Eiffel Tower and Advertising

For many years, the Eiffel Tower has been used in advertising. On the spire of the Tower itself, between 1925 and 1936, “Citroën” was written in luminous letters.

Since then, Air France, La Samaritaine, Sony Ericsson, Yves-Saint-Laurent, Jean-Paul Gaultier, Philips, Nina Ricci, Alain Afflelou, ADP, American Express, Dior, and Givenchy, are among the best known brands to have used it as a reference image.

How to use image of the Eiffel Tower ?

Its most original artistic vocation: pyrotechnics

From as early as 1888, a firework was set off to celebrate the completion of the construction of the monument.

In 1937, for the Exposition des Arts et Techniques, a lighting system was designed by the architect André Granet. Every evening, magnificent fireworks, veritable fountains of fire, were set off from each of the Tower’s three floors.

More recently, the “Countdown to the Year 2000”, a veritable dance of fire and light, broadcast by 250 television channels around the world, fired the planet’s imagination. The event was produced by Groupe F and ECA2.

Lastly, on the 14th July 2009, the traditional pyrotechnics took place on the Tower (and not at the Trocadero, where the firework show to celebrate the Fête Nationale was still put on by the Mayor of Paris) following the theme of its 120th birthday.

Every evening, the Eiffel Tower is adorned with its golden covering and sparkles for 5 minutes every hour on the hour, while its beacon shines over Paris.

The repainting campaign is an important event in the life of the monument and takes on a truly mythical nature, as with everything linked to the Eiffel Tower. It represents the lasting quality of a work of art known all over the world, the colour of the monument that is symbol...